by Flossin.eth
in Culture, Interviews
Reading Time: 16 mins read
0 0
A A
Donate
0

TheNftverse.eth is an ambitious person who first and foremost puts life first. He believes all people deserve equal opportunities that are willing to put effort into learning and developing as morally sound individuals.

Thenftverse.eth started his crypto journey in 2017, which became one of the worst bear markets seen for crypto. Despite this, Thenftverse has remained in the cryptocurrency space absorbing everything he could learn.

Being a visionary and staying persistent has allowed Thenftverse.wth to remain positive while continuing to network within the crypto community. His creative mind allowed him to grow and eventually start building in the space.

Thenftverse.eth first learned about the Ethereum Name Service (ENS) after the ENS Airdrop in 2022. Shortly thereafter he minted his first ENS – Thenftverse.eth. What prompted him to mint this very name was his belief that every NFT needs a place to call home. 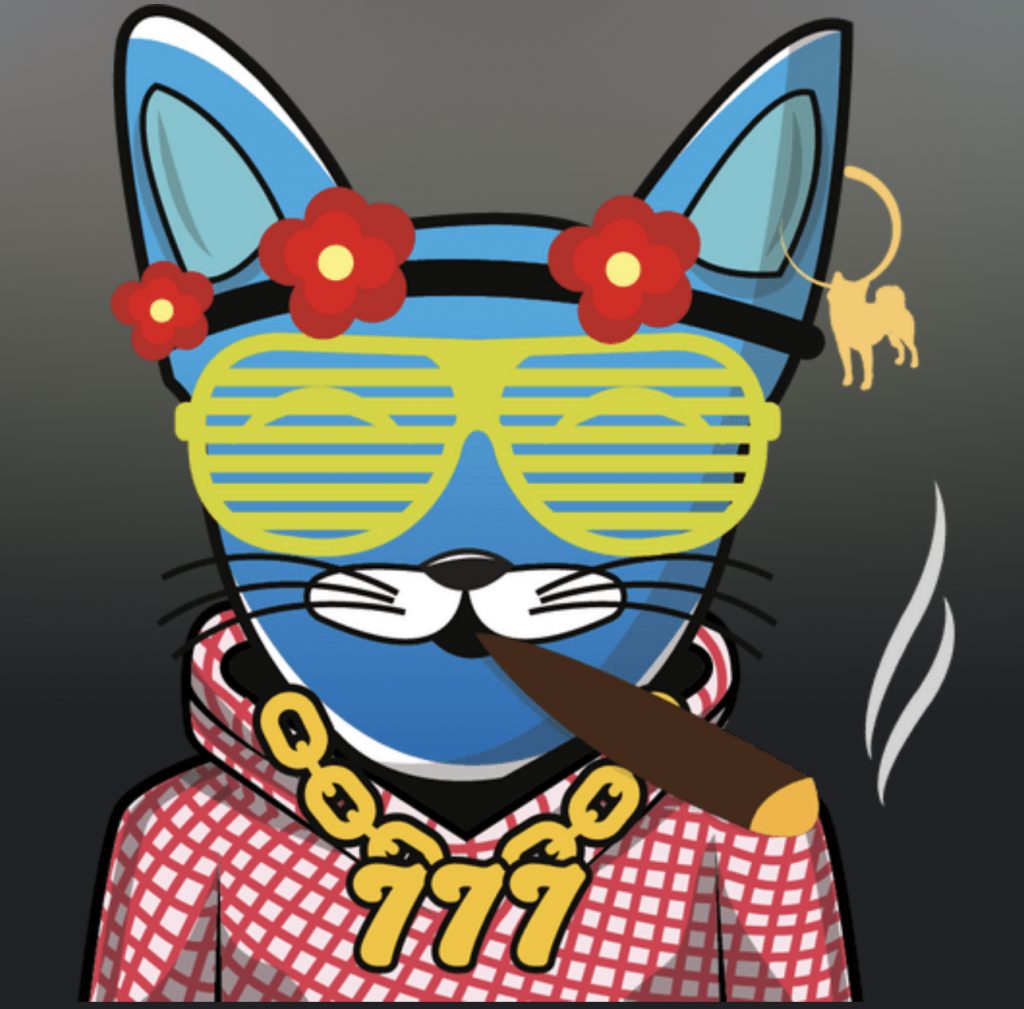 In April 2022, Thenftverse.eth noticed that something was missing from the ENS community: ENS hadn‘t been normalized as a hexagon profile picture (PFP) on Twitter. After making this discovery, he took matters into his own hands and created ENS Cats.

According to Thenftverse.eth and other community stewards, the ENS Cats is the first inspired PFP created for the ENS community. This collection of customized cats offers members the option to personalize their cat with colors, glasses, and a name.

The first NFT minted for the ENS community was transferred to the individuals after payment was received. This NFT is unique and was customized to resemble the holder. The holder coined the first cat to himself that has many vibrant features that included color, 80s glasses, a flower headband, a Shiba Inu earring, a chain necklace, a customized name on a charm, and a cigar.

Thenftverse.eth is mentioned as being fascinated with Web3 because it allows for his inner creativity to flourish. One of the segments in ENS where he’s displayed being a visionary is with emoji keycaps. The average person doesn’t realize how often emojis are used in our daily lives. Emojis are used with expressing one‘s emotions, or to enhance a message visually.

One of the things that Thenftverse and I connected on early on was our shared love of emoji keycaps. After listening to him talk about it on the 🔥ENS Updates🔥 podcast hosted by 5159.eth and speaking to him offline, I did some more research into the potential value that keycaps can have in our lives.

Both Thenftverse and I agree certain keycap combinations can be used as an onboarding tool for ENS.

Because the Unicode code points for certain keycaps make certain combinations worth $5 as a renewal, 726.eth is a $640 annual renewal vs 7️⃣2️⃣6️⃣.eth being worth $5. He also believes 0️⃣❎ is the emoji 0x play. Many people within ENS believe there is a demand for certain 0x names because every Ethereum wallet address starts with 0x. Thenftverse believes telling the 0x story using 0️⃣❎with other emojis would paint a brighter picture. This is the “purest“ 0️⃣❎ play within the emoji ecosystem, by keeping the ENS name as a full emoji. 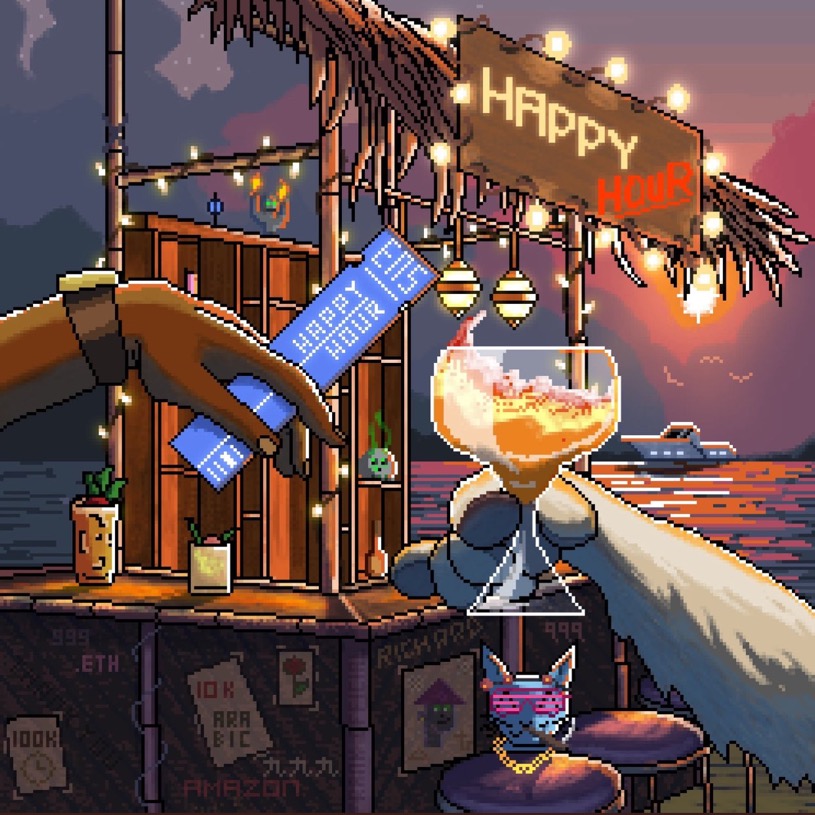 ENS Friday Night Happy Hour (FNHH) is a weekly event where people can unwind and relax after a long week. The show is hosted by RN1.eth, 3402.eth, and Thenftverse.eth at a virtual island bar called “Ron’s Island”. One of the few rules at the bar is not to mention anything related to ENS. Doing so could lead to being muted or even booted from the speaker panel.

Currently, the ENS Friday Night Happy Hour is giving away 2,000 lifetime membership NFTs. This NFT will allow holders to participate in virtual and in–person events. Recently, a new NFT called FNHH DRANK was created with a supply of 200. The ENS Maxi NFT team helped bring this idea to life by creating the art and covering gas fees for transactions. ENS Maxi NFT is also the official sponsor of ENS Friday Night Happy Hour. 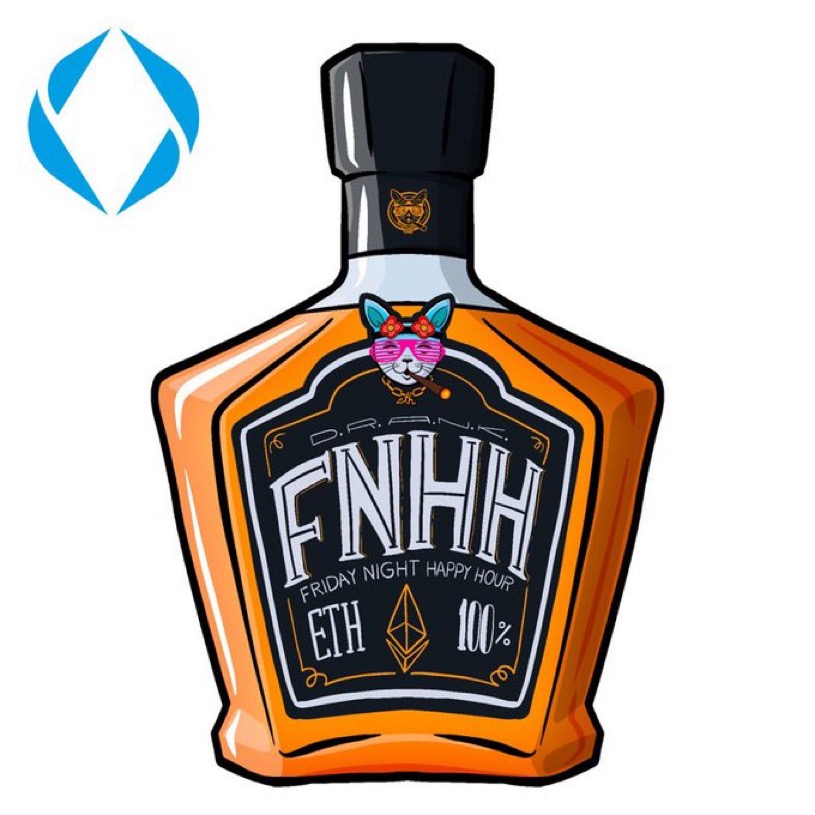 Thenftverse.eth believes that finding value is currently underrated within the Ethereum Name Service (ENS). Value can be found in all shapes and sizes, including 0x, 0️⃣❎, and hyphens. Sticking to clean and recognizable online identities is key. People who are currently participating in ENS are extremely early.

Focusing on the long-term objective with ENS is crucial in successfully eliminating short- and mid-term fud for continued growth with mass adoption.

So You Just Found Out About ENS?!