by Flossin.eth
in Integrations
Reading Time: 3 mins read
1 0
A A
Donate
0

Jarritos is a beverage manufacturer that was founded in 1950 by chemist Don Francisco Hill in Mexico.

Jarritos in Spanish means “little jugs” representing traditional fruit-flavored aguas frescas served in clay jugs to keep them chilled longer. In 1988 they started exporting to the United States where they became the leading selling Mexican product in the Hispanic market. Jarritos has recently made a name for themselves with more than their vibrant flavors of sodas.

They currently have numerous NFTs, ranging from a Mutant Ape Yacht Club (MAYC) to Gutter Cat Gang, and ENS. They recently were gifted a Sappy Seal from the team and hinted they have something planned for their community.

Jarritos launched their NFT project called Bones on August 23, 2022, where they gave 2️⃣0️⃣ allow list spots to their community on Twitter. 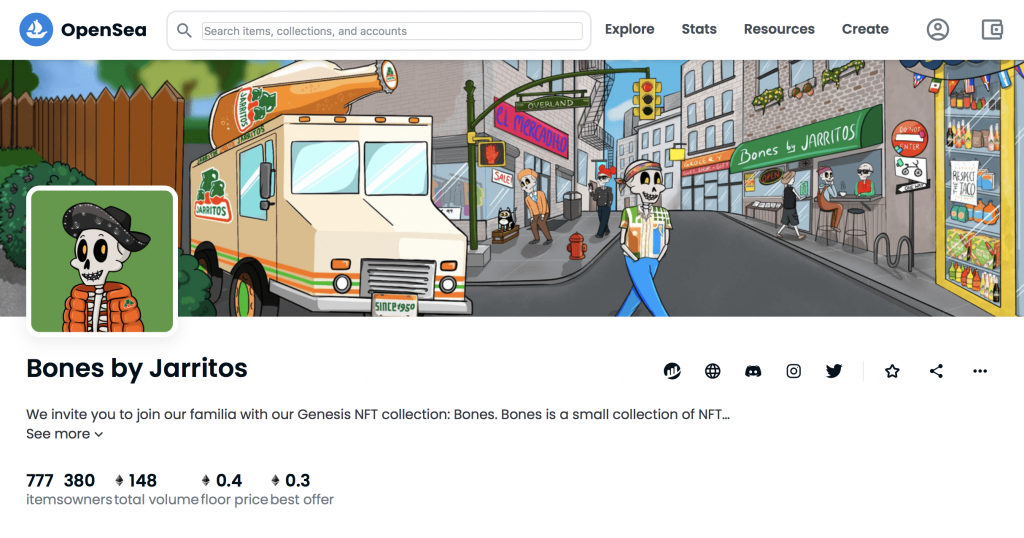 On August 15th Jarritos purchased their first ENS which was Jarritos.eth. Shortly after the confirmation of their acquisition Fatbastard.eth gifted them their ENS company slogan theofficialdrinkoftacos.eth.

Fatbastard acknowledges he’s been attempting for months to get confirmation on where to send it as a gift, but the sale confirmed the wallet address of where it belongs. He sent the gift shortly after the purchase of Jarritos.eth.

Jarritos hasn’t made a public announcement about its ENS purchase. However, their lone tweet about ENS reads “We like your ENS name 🤝” replying to apefollowape.eth who commented on their post about acquiring a MAYC.

The same wallet currently has 9.85 ether available for trading. Having witnessed many onboarding processes within the ENS community it’s likely their ENS purchases won’t stop at just one.

It’s only a matter of time before the business operations and marketing team realize the true utility of ENS. Jarritos official Twitter account isn’t too active on Twitter at the moment. Their activity for the last few months has been directed towards the web3 and NFT communities. Jarritos has been quoted saying they’re here to build for the long term in web3. Most information about their NFT journey can be found on Twitter with an NFT portal on their website.

The ownership of their ENS name creates new business opportunities including shifting current operations to the Blockchain. Potential use cases for their name are ticketing and receipts.

Both options could transform their daily business operations including transforming the current experience for consumers. Hopefully, soon there can be a more formal announcement with a detailed plan for their ENS initiative. 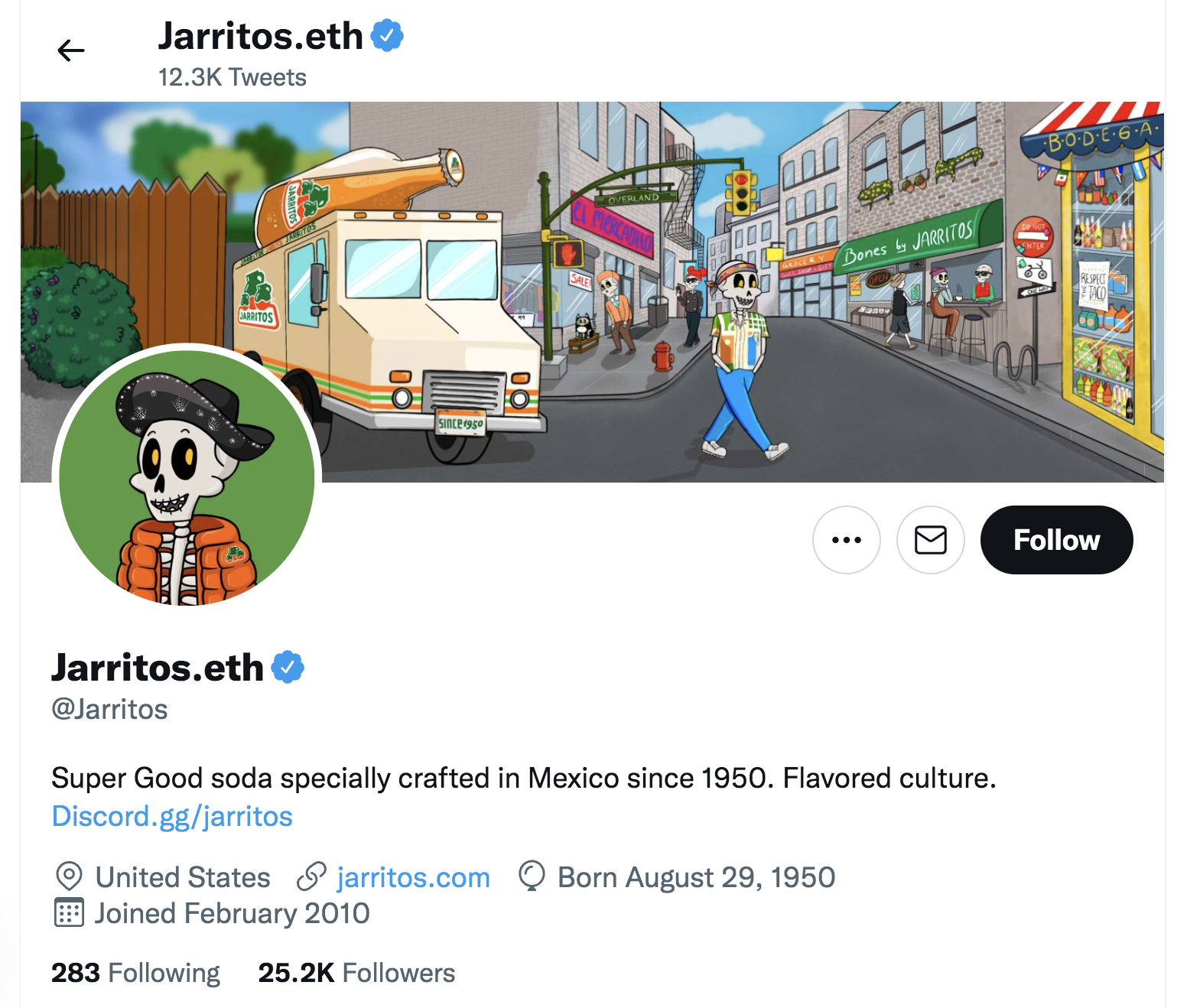 What’s Next For Jarritos

The ownership of their ENS names tells me there is a strategy that’s developed or is being developed by leadership that’s familiar with blockchain technology. Currently, the only advertisement of their ENS purchase has been displaying it in their Twitter name. I assume entering the ENS ecosystem resulted from management getting advised by an established blockchain marketing services team.

The current ENS users would like the use of Jarritos.eth to be adopted quicker than what we’re currently seeing. However, the purchase along with the price tag of 7.9 Ethereum assures me a plan will be built. Jarritos next move within Web3 is a mystery. If I was advising their blockchain team, a top priority would be securing their NFT project name Bones.eth.

The Role of ENS in Web3