If you don’t have an ENS domain already, ask yourself this: “What’s my Web3 name? And how much will it be worth next month?”

With the recent drop in the market, ENS registrations skyrocketed in July. The community witnessed the largest monthly rise in revenue as total registrations surpassed two million. 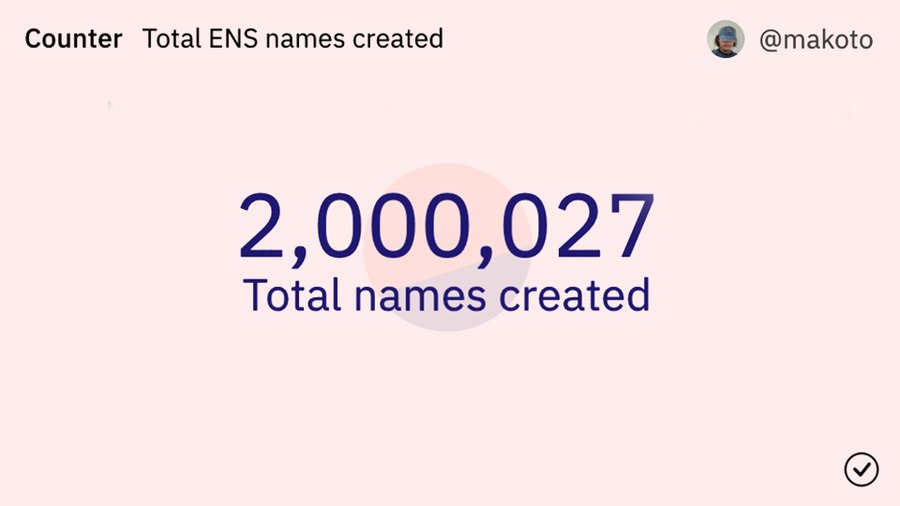 With its many utilities, ENS is becoming the largest NFT collection to date. Nick Johnson, the founder of ENS, outlined the major goal of ENS was just that— naming Ethereum accounts.

He didn’t predict how valuable ENS domains would become as more users began to mint their own .eth domains. Alongside highlighting some of the largest ENS sales, Nick acknowledged that most of these activities are carried out by the culture:

“Most people today register ENS names because they serve as their ‘decentralized profile’ — [ENS] let people identify themselves with a name, profile picture, social media handles etc., in a way that works across many [Web2 & Web3] apps and platforms.”

How is ENS Different?

Linking complex strings of alphanumeric machine-generated characters to recognizable & memorable names, ENS can be expected to be a trustworthy starting point for users new to this age of FinTech. With the popularity of Ethereum, and the potential behind EIP-4361 (SIWE), ENS as Web3 usernames seems like it will become the standard.

Simply put, ENS can be defined as an NFT with the most basic yet highly essential utilities: Identifying ETH wallets, a cryptographic hash, or a website URL.

And because these domain names are non-fungible tokens they can be resold on NFT marketplaces, like OpenSea, LooksRare, or ENSVision.

With market conditions influencing investor decisions, June breaks the consecutive increase in registrations, however, the brief decline in June was followed by the largest increase seen so far. Voilà- 2 million registrations surpassed.

There will always be more names to mint, and more use cases for this technology are to be exemplified as time goes on. Alongside the practicality of ENS domains, the culture itself will drive the project past the original expectations & desires of Nick Johnson, founder and lead developer of ENS.

*One Million* ENS names have now been created! 🎉🎉 pic.twitter.com/4EnmqeijzV

and we're just getting started 🚀 pic.twitter.com/BFPUmjqzhB

Adoption is increasing across metrics. The number of unique-addresses holding ENS names, according to Nick.eth on Twitter, is about to cross “1,000,000 all-time unique addresses”:

All-time unique addresses is actually closing in on 1 million! pic.twitter.com/J8XiI7LER9

When Can We Expect ENS Sales to Reach 3 Million?

There is no telling how soon we’ll reach 3 million; maybe in another few months, several weeks? …Or Days!?

If the data and culture are any indications of the future, adoption by newer or later web3 users will surely expedite the journey to 3 million and beyond. When do you think we will hit 3,000,000 ENS Names?

Mystery of the “👨‍🦲.eth” Wallet