Taking a Look at an Exclusive ENS Club

In a decentralized world, your ENS domain is your identity. While blockchain technology has been able to onboard millions through the world of dApps and web3 games. We’re still quite far in mass adoption. One of the biggest problems users face is being able to securely and easily send/receive funds in their wallets.

Crypto wallets use a string of 64 letters and numbers to identify a user. Obviously, this makes it incredibly difficult for most users to send or receive crypto. After all, you’d have to first receive a 64-character wallet address. This is an arduous task and has the potential for users to make mistakes. Unlike the traditional centralized world, if the funds go to the wrong address, they’ll be lost forever.

This presents a problem for users who want to send and receive crypto payments. Enter, ENS (Ethereum Name Service), users can now mint/create unique domain addresses by using dApps like ENS, ENS.Vision and other blockchains to connect with their wallets. An easier comparison is that of a nickname. You can have a mix of digits, letters, characters, symbols, or even a mix of these combinations to create your own unique address on the blockchain. Instead of obtaining a complicated string of characters to undertake transfers, users can send crypto directly to a user’s domain (as long as it’s connected to their wallet).

How does ENS work?

ENS uses smart contracts to accomplish this, think of smart contracts as a way for the blockchain to automate a task. In the case of ENS domain addresses, they are converting a unique nickname into a wallet address. These domains are then connected with wallet providers such as MetaMask. When crypto is sent to a domain, the smart contract would then automatically send it to the wallet address associated with that domain. With this deployment, users don’t have to worry about matching the 64 characters.

If you’ve been part of the #ENS subculture, you’re probably familiar with the #999 and #10k Clubs. For those who are uninitiated, here’s a quick recap. 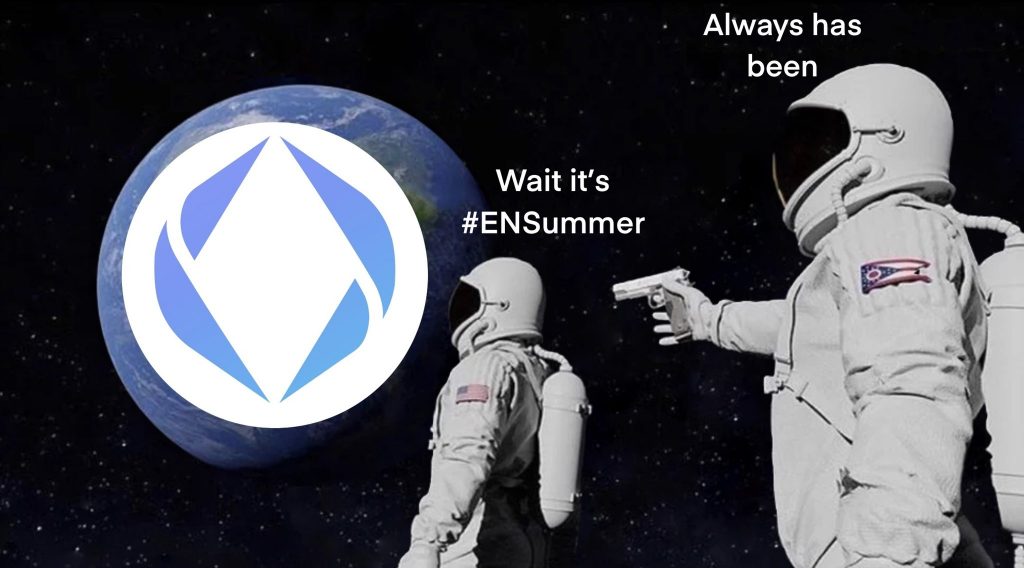 In April 2022, there was an unprecedented spike in ENS name registrations, secondary sales and rising floor prices for digits. The reason? People were minting out the remaining numbers between 001 to 9999.

This movement or trend gave birth to the now known #999 and #10k clubs. The numbers are finite in supply (9999), they make it easier to remember addresses, and each NFT collection is marked with its own number. There’s a strong case to be made for their utility, after all, there’s substantial potential for utilizing sub-domains from these ENS addresses that can either be leased out or sold to #NFT owners from collections such as BAYC, Azuki, Doodles, Moonbirds among others. Do you own BAYC#105? How about owning BAYC.105.eth?

Let’s take a look at the ownership trends of the #999 club (000-999.eth). At the time of writing this article, the floor price to purchase a 3-digit address is 28.0 ETH ($28,000+). This “club” has become the pride and joy of the ENS domains culture, with the recent sale of 000.eth at ($300,000). There’s a lot to celebrate as digits bring ENS domains to the mainstream foray with an ever-growing secondary marketplace and a subculture of localized digits in the form of Arabic 999s, roman 999s, and Korean 999s, and Hindi 999s (among many more). The ENS digits movement has just begun.

While secondary sales have been phenomenal for most digit holders, what truly sets the #999 club from other clubs is the percentage of diamond-hands. An analysis done by twofivedev showcased that there are 506 unique holders, of which 168 holders have set their primary usernames as their digits. That means a 33% differentiator for people who’ve taken the numbers as their sole identity on the blockchain. This showcases a fantastic use-case for the digits as you can carry the same ENS domain addresses to any dApps or web3 games. 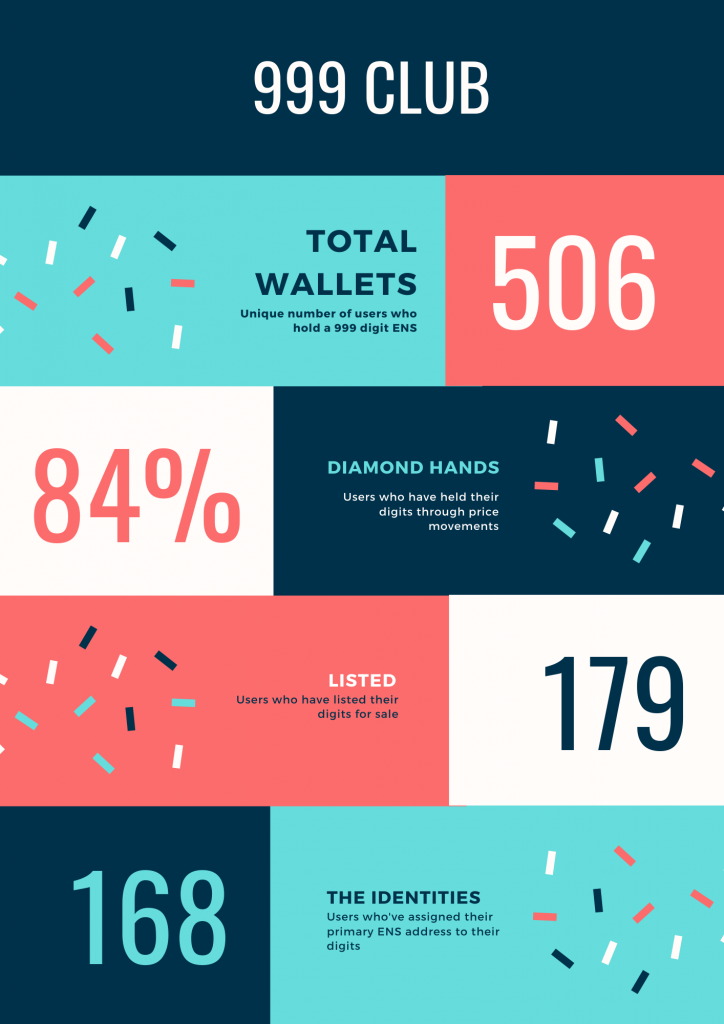 Of the 999 numbers, 2.4% holders are described as paper hands (those who’ve sold their digits with smaller price movements). There’s also an unprecedented 84% of owners who have no or little intention to sell their digits.

This makes the #999 club truly “diamond-hands”. Whether you’ve just minted your first ENS address or someone who has been around the bend for a while. You have to admire the tenacity with which the #999 club members have held firm and truly showcased the power of community and belief in their digits.

If you’d like to learn more about ENS domain addresses and mint your own web3 identity. Head over to this useful guide to getting started.

Method is a retail investor, passionate about learning new languages, cultures and exploring developments in #web3. Method has years of experience working across different disciplines in the games industry and is now on a quest to document and embrace new developments in the blockchain industry.