Collectors of historical blockchain assets are beginning to purchase these domains at an average of 0.35 Ethereum, despite never being useable. The question remains what makes a domain invalid, why buy an ENS name that will never be useable, and what is “Pre-Punk.”

ENS was birthed in 2017 by Nick D Johnson. During that period acquiring a domain name was a bit different. It fell into a specialized Vickrey auction system. This auction system would hide the title with a Keccak-256 hash to encrypt the domain, which means that bidders wouldn’t always know what others are bidding on. Or did they?

In 2017 a user could also submit their ENS name to be bid on; this made way for our invalid domains to be registered. During this time registering wasn’t directly done through a contract on Etherscan (Ethereum block explorer), nor the dApp of ENS Domains that we use today. It was a much more simple-looking Web2 extension.

This system would keep the user’s bids encrypted until 72 hours of bidding. Once that was up, users had 48 hours to reveal their bids, or they would forfeit the name along with the deposit. 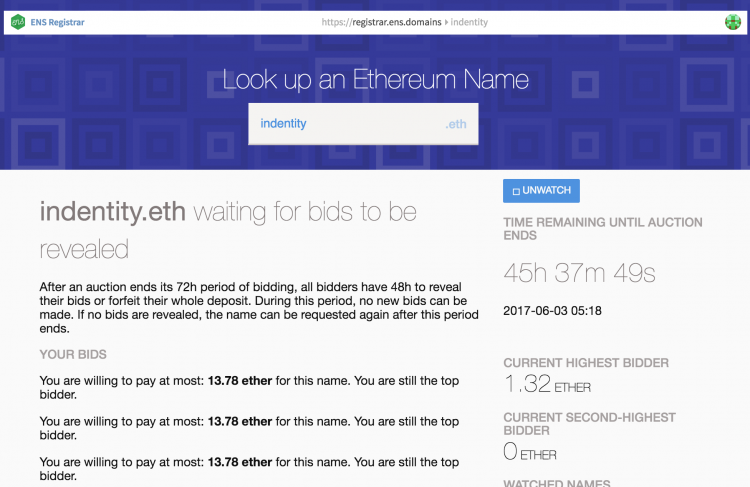 Now that we covered that, this is where our invalid domains come into play. Individuals started experimenting with ways to mint emojis, special characters, etc. They found they could register emojis by using “Punycode.” An example would be 🚀 for which the DNS resolved puny code is xn--158h.

This Punycode was considered four characters “158h” when a minimum was 7. This is also why we see emoji domains from 2017 with a minimum of 4 emojis stringed together, 🚀🚀🚀🚀 as the Punycode would be xn--158haaa making the seven character minimum.

Through the methods similar to Punycode is how we have “invalid” walmart.com.eth, honda.com.eth, and 52 others. Again, using the same process, we have a separate category, “malformed.” This malformed category has 34 currently known, according to a web scrape from a third party, Makoto’s dune Analytics page.

We can assume most of these registered domains were speculation on future updates of name normalizations that would make them valid in years to come, which is still on the table for some.

An ENS developer, Raffy.eth, is working on a new Normalization function for ENS. 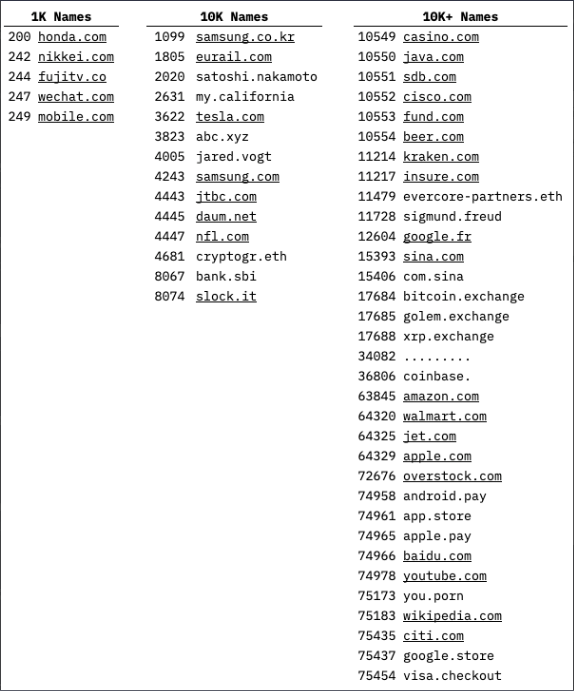 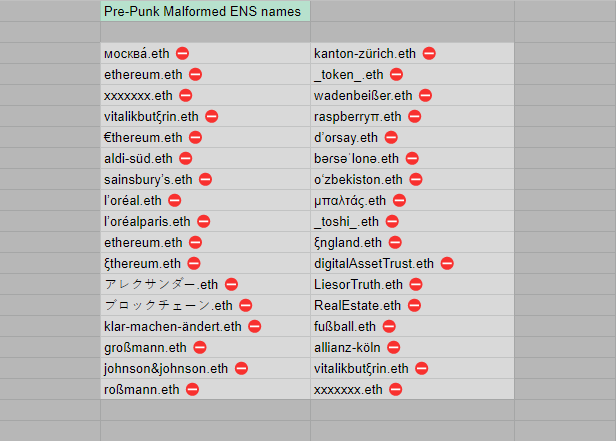 As the years went by, these invalid and malformed domains were left in the dark, and some were stuck on the old registrar smart contract. Leaving just but a lifeless Keccak hash behind and a blank spot on the Makoto dune analytic bored. That was until intriguing interest in the Pre-Punk category started.

ENS names are one of the first NFT projects on Web3. ENS (name NFTs) pre-dated CryptoPunks (art NFTs) & the NFT-721 Standard on the Ethereum blockchain.

Why the name Pre-Punk? The ENS Names, know as “Pre-Punk” were minted before the 1st CryptoPunk was minted.

The @ensdomains DOB (Date of Birth) was May 4th, 2017 (May the 4th be with you!)! As @makoto_inoue has pointed out, it is VERY interesting to think of the ENS names that were created/minted BEFORE the 10,000 #CryptoPunks!! (Valuable, VERY; ENS NFTs, yes!)

All current owners will have to familiarize themselves with the ENS registrar smart contract via Etherscan, as this is the only method currently to renew and extend expiration time, or the same scenario might happen again.

What’s next for these unusable collectible gems?
Time can only tell what awaits these relics.

Luke Wright is a twenty-two-year-old historical Web3 analyst and a young aspiring solidity developer. His latest involvements in Web3 include building community at Afterparty. As well as solving ENS (Ethereum Name Services) lost registered names from their first deployment. Finishing off, he is a blockchain on-boarder for Kenan Grace’s finance-related community.

How to Register an Underscore ENS Domain